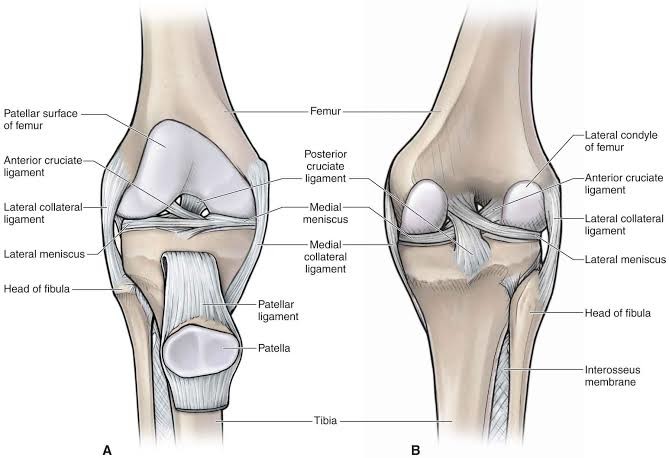 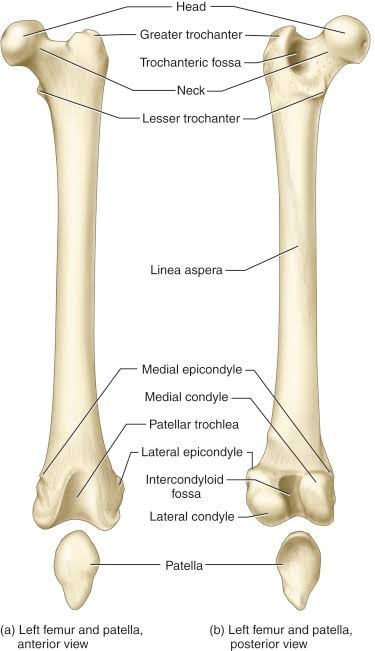 CLINICAL = Inflammation and hypertrophy occur as a result of the force applied by the quadriceps femoris tendon to the Tuberositas tibia. This condition is called Osgood-Schlatter disease. 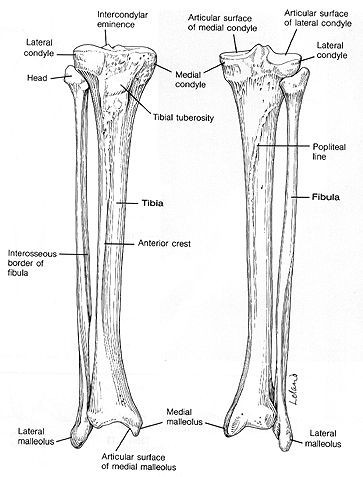 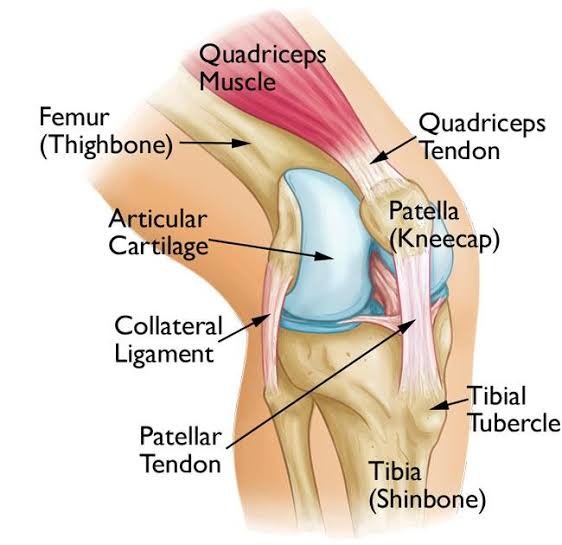 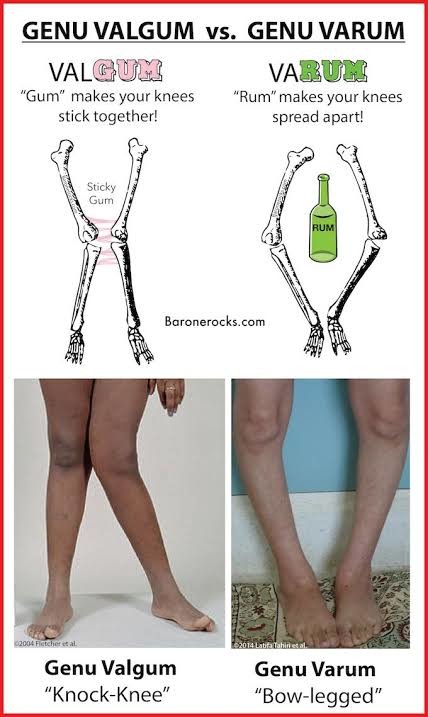 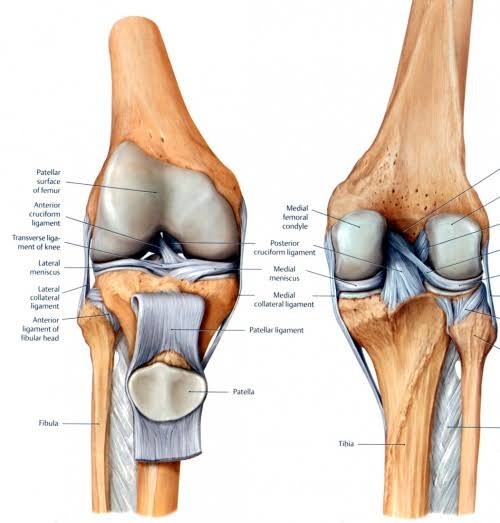 DETAIL1 = When standing up from the full squatting position (in the extension of the femur on the tibia), the femoral condyles roll forward and the slip occurs backwards. 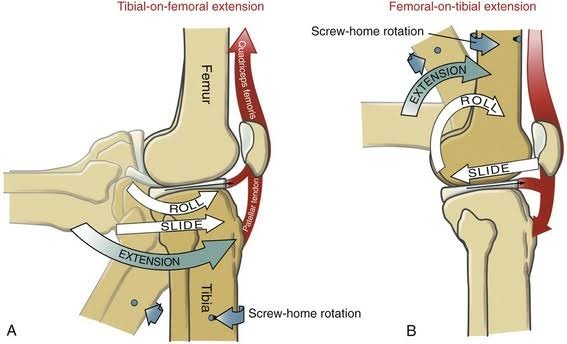 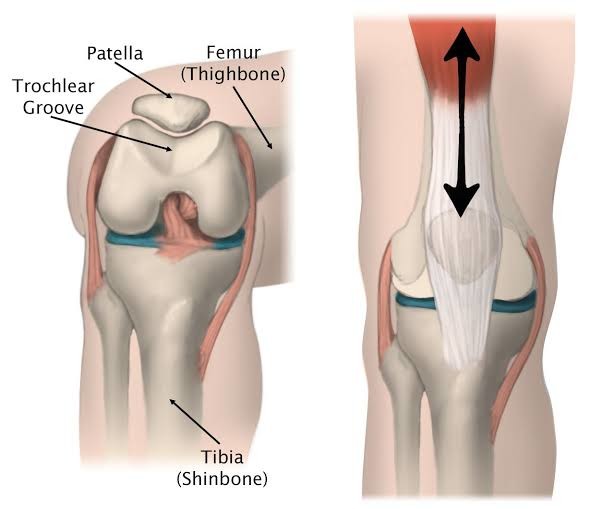 Q Angle = The angle between the vertical line of the patella midpoint and the Quadriceps force vector resultant. 13-15 degrees is considered normal.

*Valgus creates resistance to knee extension and axial rotation. It is injured as a result of exposure to valgus stress and severe hyperextension of the knee while the foot is fixed on the ground.

*Varus stress creates resistance to knee extension and axial rotation. When the foot is on the ground, it is injured as a result of exposure to varus stress and severe hyperextension of the knee.

*Most fibers resist extension. Excessive anterior translation of the tibia prevents posterior translation of the femur.
* It creates resistance against excessive varus, valgus and axial rotation.
* Exposure to valgus stress while the foot is in contact with the ground,
*large axial rotation torque applied to the knee while still in the same position,
*Exposure to valgus stress and applied large axial rotation torque, which includes strong Quadriceps activity when the knee is in full or nearly full extension,
*Severe hyperextension of the knee
As a result, injuries to the ACL occur.

*Most fibers create resistance in flexion.
* While preventing excessive posterior translation of the tibia, it prevents anterior translation of the femur.
* As in ACL, it also creates resistance to excessive varus, valgus and axial rotation.
*As a result of falling on the knee in full flexion, PCL injuries are encountered. During this fall, the ankle is in plantar flexion and the first contact with the ground is the proximal structure of the tibia.
*When the foot is in contact with the ground and especially if the knee is in the flexion position, excessive axial rotation, varus and valgus torque can also cause damage.
*The PCL may be damaged as a result of conditions that force the tibia to posterior translation or the femur to anterior translation.
*Finally, the other mechanism of injury is severe hyperextension of the knee that can cause a large gap on the posterior surface of the joint. 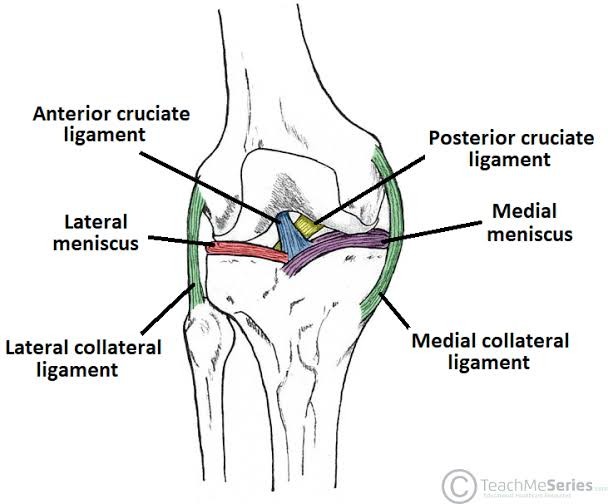 * It has a crescent shape and fibrocartilage feature.
*The medial meniscus is oval. Its outer border is attached to the MCL and the capsule.
*The lateral meniscus is more circular and attaches only to the capsule.
*Quadriceps and Semimebranosus are attached to both meniscus.
*1/3 peripheral parts are connected to knee arteries by capsule anastomosis. 2/3 are avascular, they are fed with synovial fluid.
* They reduce the compressive stress on the tibiofemoral joint.
* Stabilizes the knee during movement.
*Provides gliding in the articular cartilage.
*Provides proprioception. 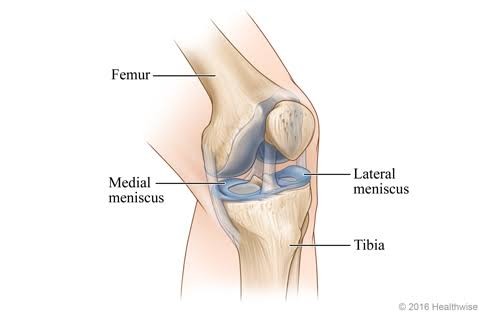 *Among the most common injuries to the knee, responsible for 50% of ACL injuries.
*The medial meniscus is injured twice as often.
*Increased valgus force creates stress on the MCL and posterior medial capsule, which damages the medial meniscus due to its connections.
*In addition, the risk of medial meniscus tear; knee joint malalignment and ACL instability increase.
* In general, difficult axial femoral rotation in the flexion position causes tears under load. Again, the same situation can lead to dislocations.

?Rectus femoris = Spina iliaca anterior inferior
?Vastus lateralis =Linea aspera and trochantor major
?Vastus intermedius =Anterior aspect of the femur
?Vastus medialis =Starting from the linea aspera and crista supraepicondylus medialis, they end in the tuberositas tibia through the ligamentum patella. The innervation of these four muscles that make up the quadriceps is provided by the N.femoralis(L2-4). Only RECTUS FEMORIS makes the thigh flexion. 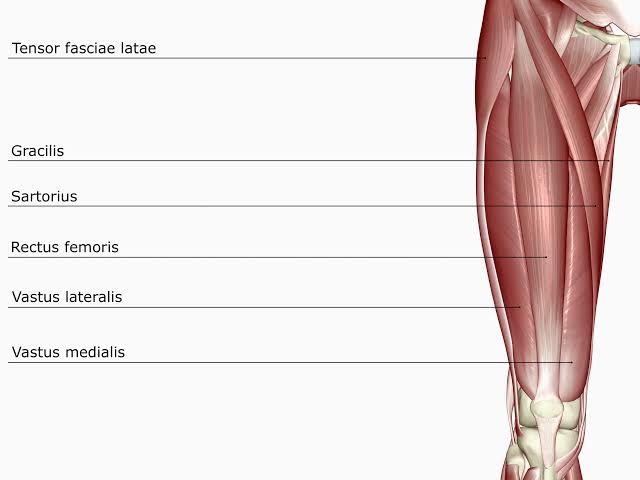 *Starting from the cias and ending in the lateral condyle of the tibia. It is innervated by the N. Gluteus superior (L4-S1). It abducts when the thigh is in flexion. At the same time, while making the thigh flexion, it makes the leg extend.

*Starting from the sias and ending on the inner side of the tibia. It is innervated by N.femoralis(L2-4). It makes the thigh flexion, abduction and external rotation. It is also responsible for flexion and internal rotation of the leg. 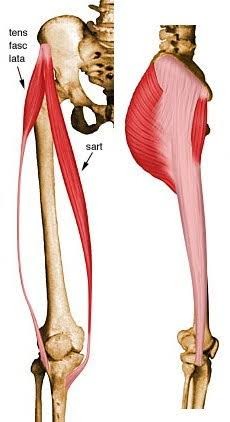 *Starts from the pubis and ends on the proximal inner side of the tibia. It is innervated by N.Obturatorius. It makes the leg flexion and internal rotation while adduction of the thigh. 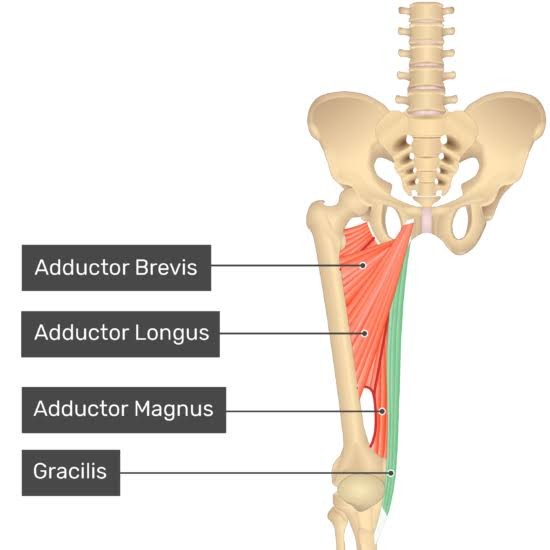 *Starting from the lateral condyle of the femur and ending on the posterior surface of the tibia. It is innervated by the N. Tibialis. It makes the leg weakly flexed. It is the key muscle of the knee. 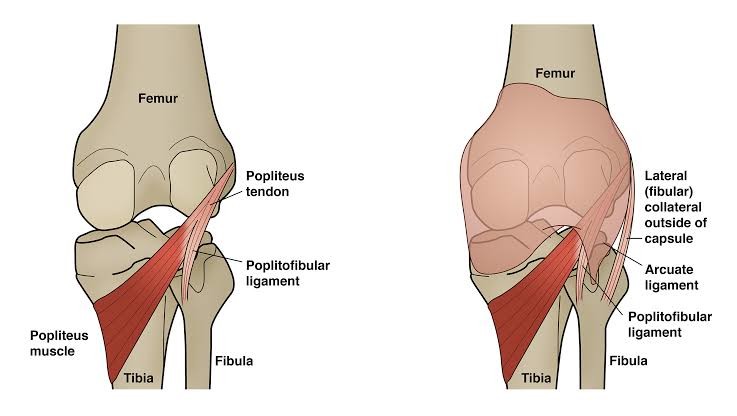 *The lateral and medial condyle of the femur starts from the caput fibula and ends at the Calcaneal tendon/Achilles tendon. It is innervated by the N. Tibialis. The nerve level is L4-5/S1-3. Its primary task is to plantar flexion of the foot. In addition, it makes the leg flexion. 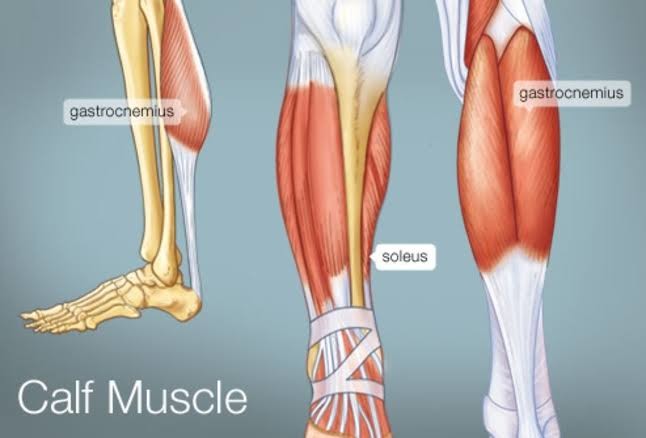 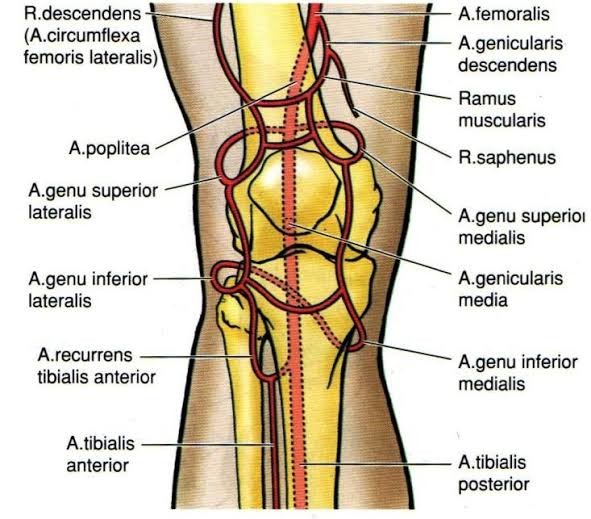