Lung volumes are also known as respiratory volumes. It refers to the volume of gas in the lungs at a certain time during the respiratory cycle. Lung capacities are obtained from the sum of different lung volumes. The average total lung capacity of an adult male is about 6 liters. Measurement of lung volumes is an integral part of the respiratory function test. These volumes tend to vary depending on the depth of breathing, ethnicity, gender, age, body composition, and certain respiratory diseases.

The air volume in the lungs and intrathoracic airways is determined by the elastic properties of the lung parenchyma and surrounding organs and tissues, surface tension, the power of the respiratory muscles, lung reflexes and airway properties. The interaction between the lungs and the chest wall during tidal breathing is the most important factor determining lung volumes. It is based on the completion of maneuvers without being associated with time. 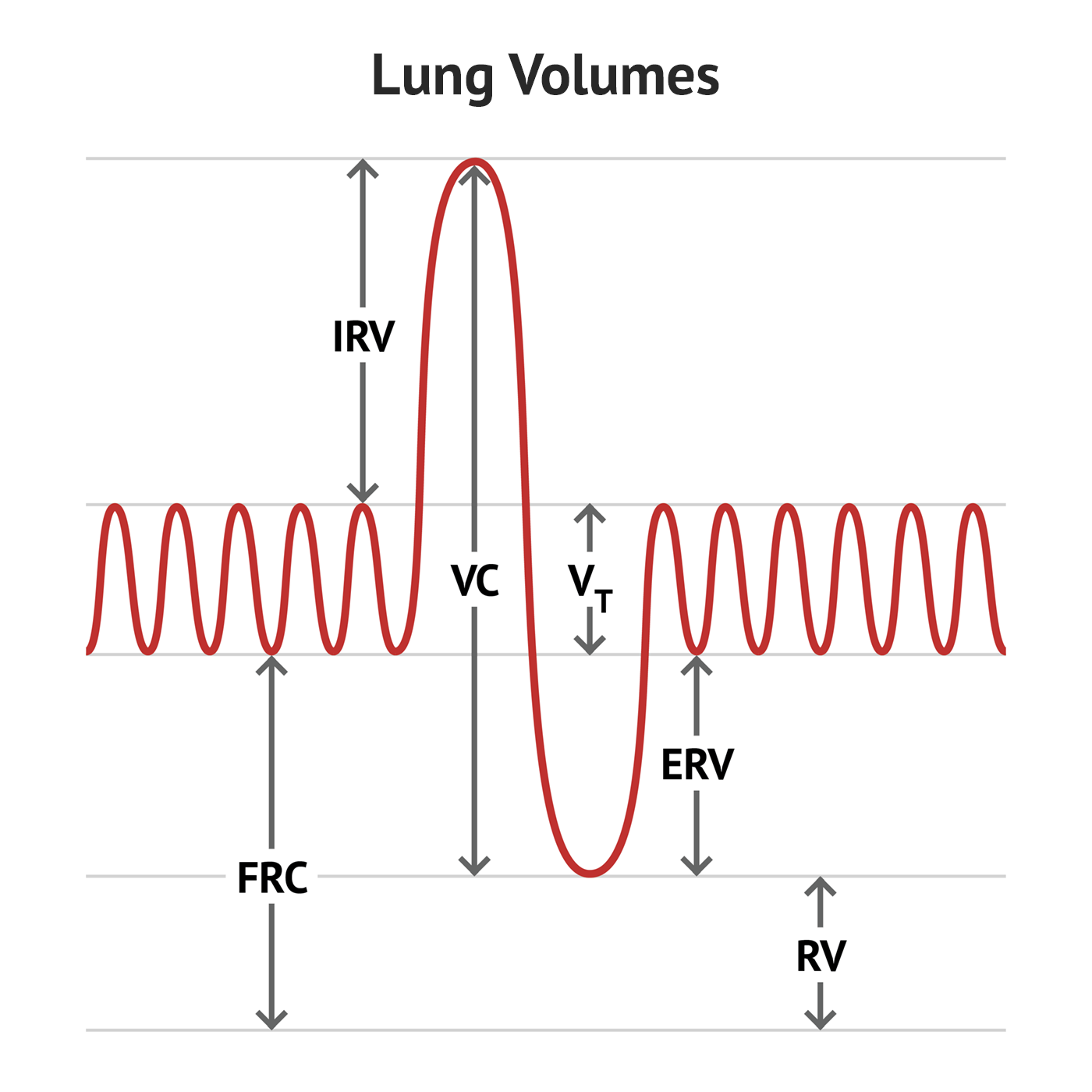 It is the volume of air inhaled or exhaled during normal breathing. This shows the functions of the respiratory centres, respiratory muscles and mechanics of the lung and chest wall. Normal adult value is around 10% of vital capacity (VC), about 300-500ml (6-8ml/kg); however, it can increase up to 50% with exercise.

It is the volume of air that enters the lungs with maximal inspiration after a normal inspiration. The IRV is usually kept in reserve, but is used during deep breathing. Normal adult value is 1900-3300ml.

It is the volume of air that can be forcibly exhaled after expiration of the normal tidal volume. Normal adult value is 700-1200ml. ERV decreases with obesity or upper abdominal surgery.

It is the volume of air remaining in the lungs after the strongest possible expiration. The average adult value is around 1200ml. It is measured indirectly and cannot be measured by spirometry. (RV=FRC-ERV)

The volumes of the lungs that depend on the rate of outflow of air from the lungs are called dynamic lung volumes.

Lung capacities are obtained from the sum of different lung volumes. The average total lung capacity of an adult male is about 6 liters. 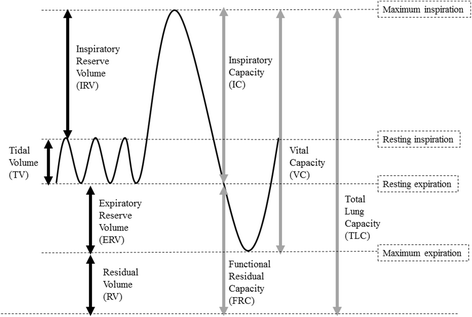 It is the volume of air taken in with a maximal inspiration after the normal resting expiration level. It is calculated from the sum of the inspiratory reserve volume and the tidal volume. (IC = IRV + TV) It is about 75% of vital capacity.

It is the amount of air remaining in the lungs at the end of a normal expiration. It is calculated by adding the residual and expiratory reserve volumes. The normal value is about 1800 – 2200 mL. (FRC = RV + ERV.)

It is the total amount of air contained in all parts of the lungs after maximal inspiration. It is the sum of vital capacity and residual volume. (TLC=VC+RV) Approximately 6 liters.

Changes in Lung Volume and Capacity 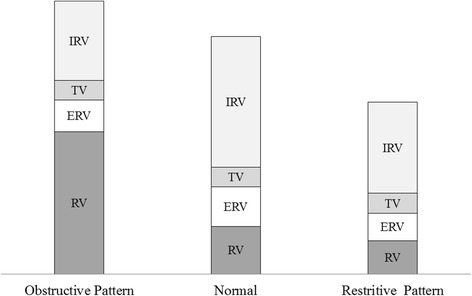